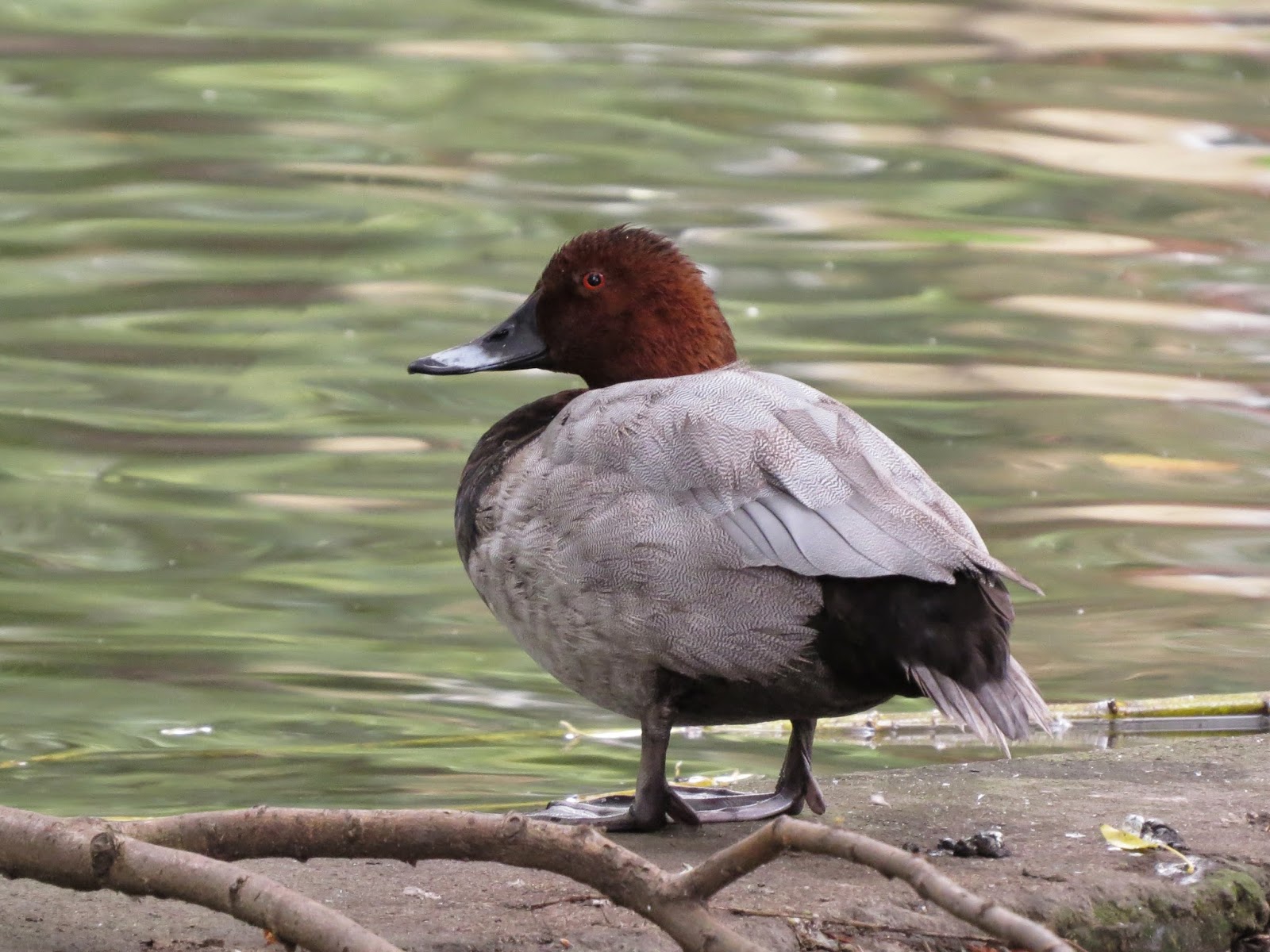 Pretty much all of what we call rare is not really rare, just a bird that is in the county that is at least common in the place or habitat where it is normally found. Bonxies and Gannets were numerous off Sheringham the other day and Lesser Grey Shrike and Hoopoes, well plenty of those seen in Turkey in August. My best birds of the last week or so fall well into this category also, a flock of 12 Ring-necked Parakeets would not turn a head even as close as Rickmansworth these days but the birds seen on Thursday was by far the largest group ever seen in the county and a rarity as far as Beds SFYL is concerned, rarer in fact than the species that I was really looking for, Black Redstart. In a similar vein, there are hundreds of Pochard in the brick pits, but this one in Wardown Park was a first for the site as far as I am aware, and I have been looking in there regularly now for 14 years. What's next, Red-billed Quelea anyone ?

Email ThisBlogThis!Share to TwitterShare to FacebookShare to Pinterest
Labels: Pochard