Like Andy, I also needed Stonechat for the SFYL and had a wander around Sandy Smith and Chicksands yesterday with no result. However, today was noticeably different with various birds on the move, such as dribs and drabs of Redwing, Swallows and Golden Plover.

Not a bird I needed for the list, but I was pretty surprised to see a Redstart on the path at Old Warden tunnel, so things were looking up. Moving on to Sandy Smith and there was a smart male Stonechat up by the silos, and then another 2 on the grassland where the public path cuts across the Chicksands MOD site.

I got a 2nd tick whilst watching and listening to a fairly large mixed flock of tits, Goldcrest and a few Blackcap at a site not very far away from the Stonechats (it's a private area, hence the vagueness). I was convinced I could hear a Firecrest in amongst them all but it took quite a while to be able to pick it up visually, due to the foliage and poor light. I didn't even manage to get a SFYL standard photo but did have the bird in the bins a couple of times for a good enough view to confirm the ID. This is only the 2nd Firecrest I've seen in Beds (I'm not a birder remember :-) ), so I may have to indulge in a small shandy this evening. 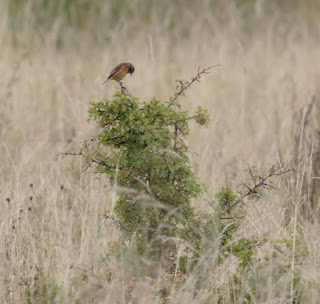 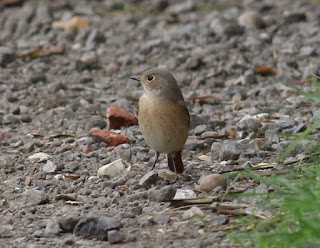