Things are picking up

Having had a Swallow over the garden in the frost the other day, I was convinced that the Sand Martins would have returned to Broom by now, so have been spending a fair bit of time down there over the past few days.

No Sand Martins so far but a couple of decent birds have turned up in the meantime. Yesterday afternoon (1 April - honest) saw a Little-ringed Plover drop in briefly straight after a fairly heavy hail shower. Luckily, 5 Ringed Plover were also there to provide a size comparison, otherwise I would probably have ignored it as "just" another RP.

Today saw 2 trips to Broom due to work travels and the first stop found a Curlew that didn't hang about very long and left almost immediately. I then had to go to the Chicksands area and got a bit of a surprise with a Yellow Wagtail in the yard of the "onion factory" next to Rowney Warren, which flew off across the road to the middle of the field. 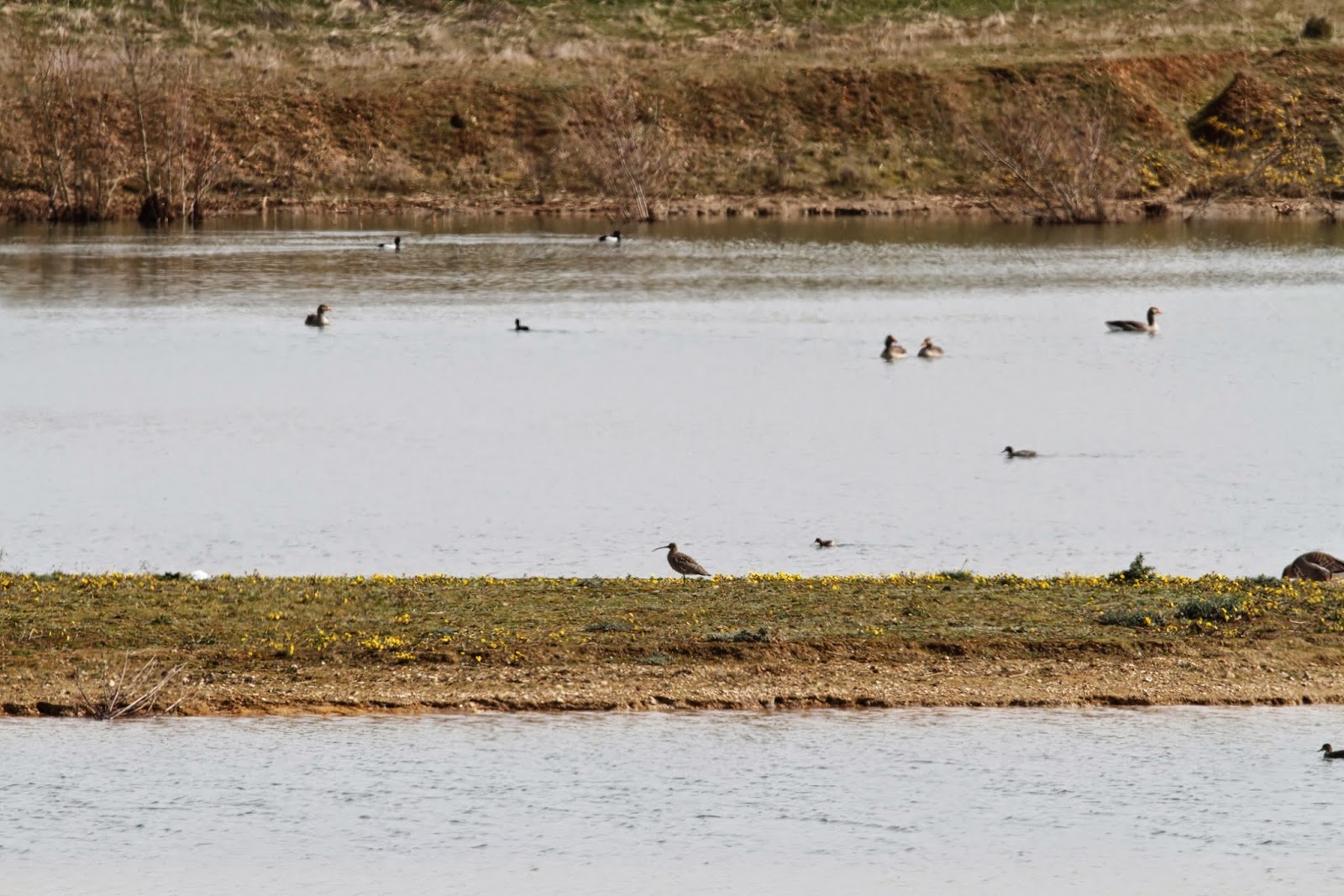 Another trip to GLE later on didn't add anything to the SFYL but it was good to catch up with Matt for a chat and then dig out the Pinkfoot from amongst the Greylags feeding in the field across the water.

Thoughts are turning to Ring Ouzels and Whimbrel, so we'll see how that works out!