Outings this week so far.

I haven't seen anything decent (except Merlin) at GLE / GLW for ages, so didn't expect much during the Sunday dog walk. I'm not just a rubbish birder but also a lazy, colour blind, rubbish birder, which means I usually can't be bothered to look through all the Tufties etc on GLW. However, one duck looked a bit different, so the scope had a rare outing from the bag and revealed a female Goldeneye. I know that these are a fairly common winter visitor to the county but this was a first in Beds for me, so happy days. I'm also quite happy that the picture theme for this blog is "record shots", as that's all that was on offer with the duck being pretty much in the middle of the water. However, I'm having trouble trying to add pictures to my posts, so any advice would be gratefully received (fixed - had to start using Chrome, instead of IE). 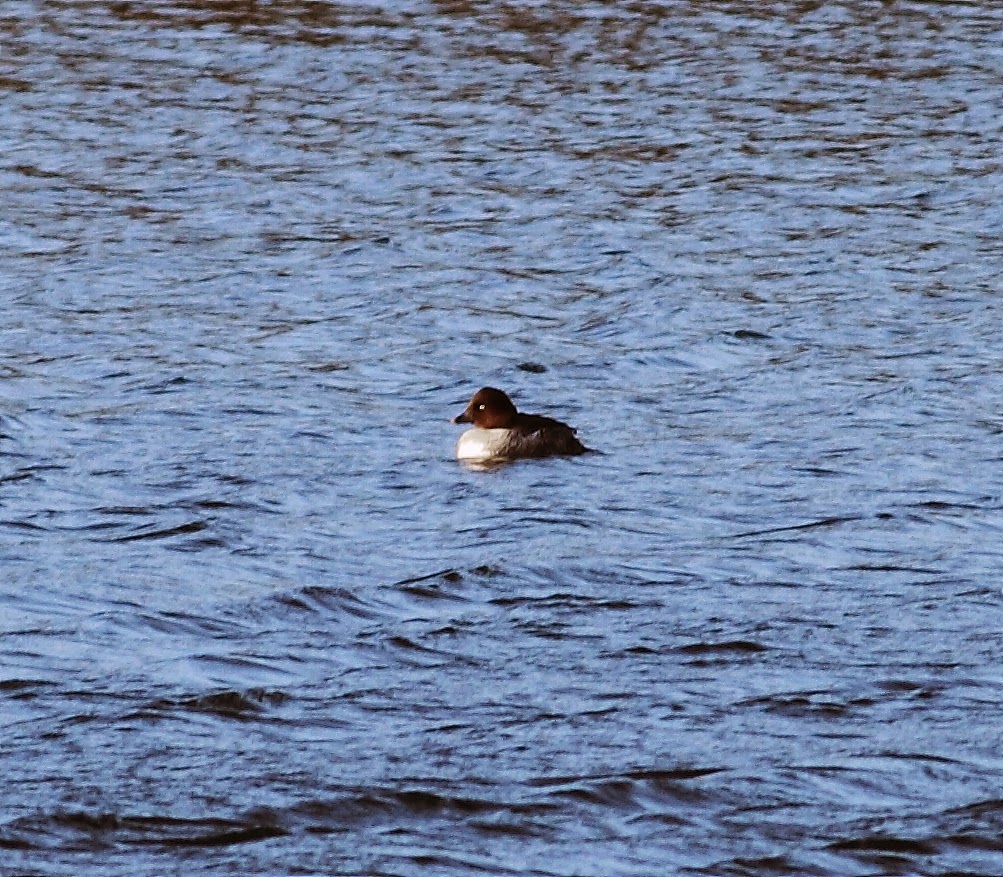 A Green Sandpiper over the road on GLE was also nice to see, as I've not seen any waders (less Golden Plover and Lapwing) down there for ages also.


Roxton today to see the GWE and then on the way home I actually did a double take and turned the car around to go back and see 2 Egyptian Geese at a pheasant feeder, just to the SW of Roxton village.


77 species onto BirdTrack so far for the year, which isn't a massive amount, but all within 30 minutes of the house.