Like everyone else, I've finally snaffled myself a Stonechat. This one was at Sandy Smith NR. Quite a traditional location in recent years but I guess no one else has checked it until now. 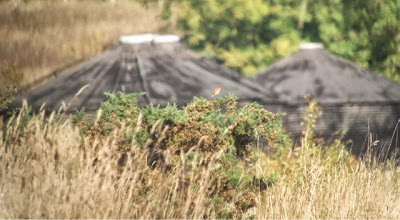 Having long bemoaned the lack of waterfowl on the local gravel pits, Poppy Hill fishing lakes have been having a bit of a purple patch this autumn with 11 species so far. The Tufted Duck flock has reached an unprecedented 80 birds and has possibly acted as the attraction for the other species of duck. A Garganey in late July was a first for the site and it or another was seen again in mid-September. In the meantime the ponds were also visited by a couple of Wigeon, a pair of Gadwall and a single Shoveler while a single Pocard has at times joined the Tufties.


On my regular walks round my patch, I have been scanning through the Tufted Duck flock in the hope of something rarer and came up with this female Scaup on Monday 14th October and which was still present today (15th). 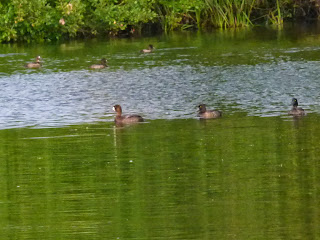 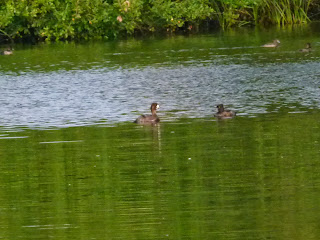 Mute Swan, Greylag Geese, Canada Geese and Mallard are the other species of waterfowl, while other waterbirds regularly recorded include Heron, Little Egret, Cormorant, Little Grebe and Great Crested Grebe, although the latter have recently disappeared.
Posted by Peltops at 11:32 No comments:

Who needs Pegsdon for Ouzel?

Missed it in the spring, but by the power of the bike, added to the list in the grotlands of nw Bedfordshire.  Flew out of a garden after a harsh "chack" and off into the distance.
Posted by Unknown at 20:01 1 comment:

One of at least four Rockits today at Broom main lake. 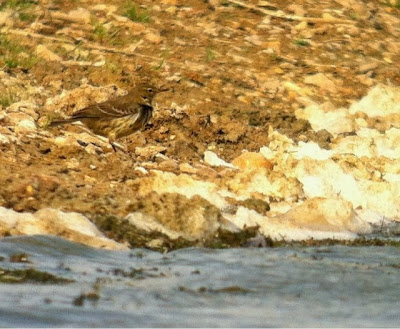