Usually manage to pull one out somewhere from the brick pits on one of the shorter days of the year but, with a nice streak of luck, a late afternoon walk on Sunday added Med Gull to my Sharpenhoe Clappers list as well as my SFYL. (Always said that place was good for rares...). The field at the bottom of the east facing slope often has gulls and there was a nice wet patch in one corner Sunday from which up flew the adult winter bird which moved off south following the A6 and gaining height presumably off to roost somewhere. My second in the area after one on a ploughed field at Streatley (which currently also holds a few gulls) in August a few years back. Still in the game but looks like the action is for the silver medal this year.
Posted by Andy Grimsey at 20:45 No comments:

With just some Yellow-legged Gulls to add over the summer, my next SFYT was this morning.  Catching up with a first winter period miss - 2 Pintails at Radwell during my WeBS count. 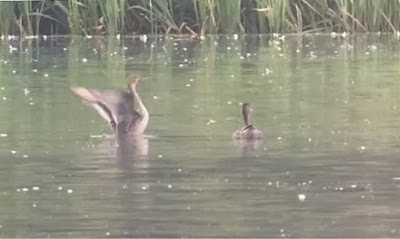 Mooching around Peacock's hoping for a Pintail when a Hobby shot over my head in hunting mode after some House Martins. It failed on this pass and drifted up over the wood to the south of the lake, by the "Village Pit", where it started spiralling upwards, presumably to gain height for another attempt. As I was watching it I noticed a fairly large bird drifting fairly lazily behind it and almost dismissed it as a Cormorant but then it jinked slightly and the wing shape made me reach for the camera. Going by the meta data from the 18 or so pictures I managed to fire off before it drifted off south out of sight the bird was on view for about 10 seconds and I would never have seen it but for the Hobby. How many other birds like this do we blissfully miss over our heads? 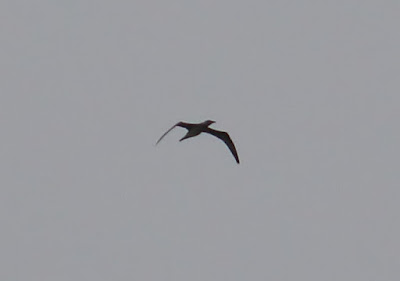 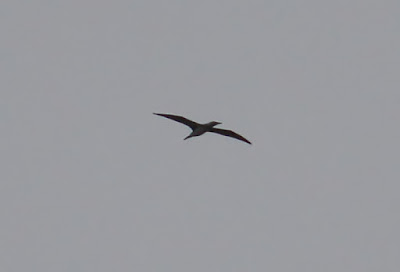 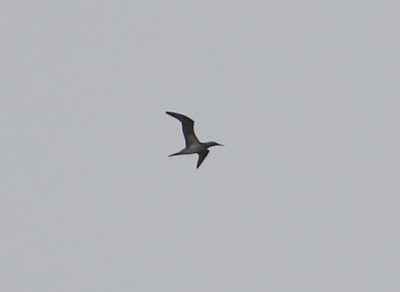 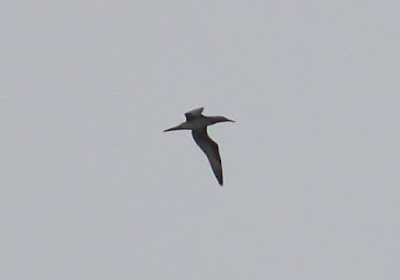 For the first year since about 1863, I have failed to find a Redstart. I am utterly useless.

I set myself a target of 150 self-found this year, and that is a target I will now struggle with. [As I will also struggle with my other resolution to never end a sentence with a stranded preposition.]

Despite it being a notable autumn for Curlew Sandpiper, I have failed to find one. Also, no stint spp., Spotted Redshank, Mediterranean or Caspian Gull, or Ring Ouzel (time yet though).

My best find of the year was uncountable - a White Stork of Polish origin was not considered genuinely wild despite being genuinely wild. Bizarrely, the Goshawk I found (and was accepted) was probably less wild than the former. Oh, the slings and arrows of outrageous fortune...

An odd year: a good spring, a poor autumn. I predict a winning score this year of 148, although winning in 2016 (as with 2015) would be a bit like Macclesfield Town winning the Champions League as a result of Barcelona, Bayern Munich and Real Madrid refusing to take part. Or, in the case of Steve Blain not competing in the recent SFYLs, because he thought there was a chance that he may not win. His excuse of ''concentrating on other projects'' being a euphemism for ''I think I might not win.'' ;-)

I hope you all have a splendid and productive autumn.