Shortie back and hides

Very similar to Richard's post, that there's not much doing at the moment so decided to have a decent look for some local owls. I was getting a bit worried, as I haven't seen the SEO since the 10th of November and the Little Owls were even further back than that.

Changing tactics, I had a drive around at dusk last night and spotted a Little Owl on the ground next to a traditional nesting site, so that was a bit of a relief and I'll keep an eye out to see how they get on over the coming months.

I then spent most of today (after a fruitless canter around GLE / GLW) sitting on a high point with a flask scanning for SEO. I must admit that I actually felt pretty confident, considering they did almost the same thing last year by going absent for a spell and then turning up again in Feb, so I did actually smile (rare for me) when one offered a very brief view. 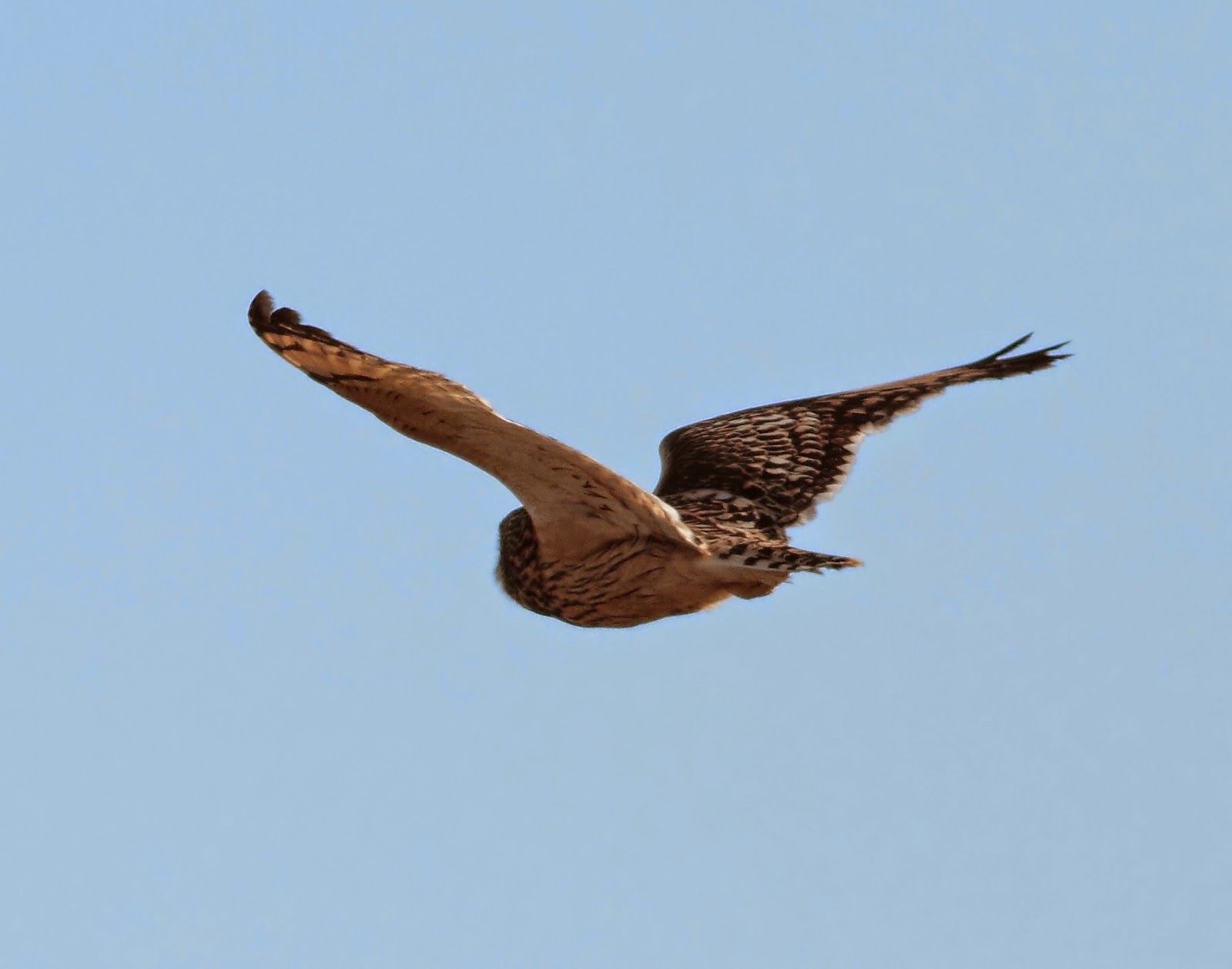 On they way to Broom this morning I also saw a Raven flying purposefully with a gob full of something or other disgusting, towards what I expect will be a nesting site.