The curious case of the pot and the kettle


In a staggering display of pomp, Portuguese reverse-psychology master, José Mourinho, has again expressed his opinions over the latest controversy to court this year's self-finding competition. 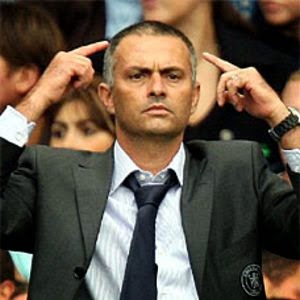 Above: Mourinho makes it known where he believes this year's competition will be won and lost

Last night, 'a source close to both parties' revealed that 3rd placed Mr A Grimsey - aged 41 3/4 of Luton, Bedfordshire - had texted the surprise leader, Darren Oakley-Martin, with news of a White-fronted Goose that may or may not have landed at Derek White's Eggs Pits, thereby scuppering any chance of the latter self-finding it the following morning.

Mourinho commented ''as I understand, Grimsey has never texted Oakley-Martin before. I do not even know how he got his number.'' He continued, ''this was a clear attempt to destabilise his competitor. If I had ever played mind games like this, I would have been bloody well fined. Or something. Very clever...blatant, but clever...he must have read my autobiography.''

''I would never, ever admit to committing an act of deliberate and calculated psychological manipulation.'' he untruthed.

''This is a bit like an owl telling a sparrow it has a big head.'' he somewhat bewilderingly concluded, clumsily using a birding idiom.