This is a bit of a catch up from the weekend, as I'm actually being made to work for a living this week. I've also been unable to upload images, so this is a bit of a test to see if I can get it to work.

The Duck Hunt on Sunday threw up a decent (for me anyway) addition to the SFYL in the form of a Water Rail, which was the first time I've had one at Chicksands but it was calling only, so I'll have to go and hide in the bushes to see if it will come out of the reeds. Incidentally, this is on a grotty little pond, practically right next to our office, that doesn't look like it's worth a second look but it was also where a Ring-necked Duck was found by a good friend of mine over 10 years ago now and I can remember seeing it paddling about not 10 feet away from us, so I always make a point of having a quick look when I go past now.

After Chicksands, I moved on to do counts at the Airman Pit and Henlow Pond and it was between these that I noticed "something unusual" apparently falling into the field next to the A600. A look through the bins revealed a Peregrine that had just taken down a prey item, so another bonus that I'd never have seen on any other Sunday morning. It was disturbed by walkers after about 10 minutes of plucking and feeding on the ground and gave a brief opportunity for a record shot as it circled the remains of its prey, before heading off in the direction of Meppershall Water Tower. 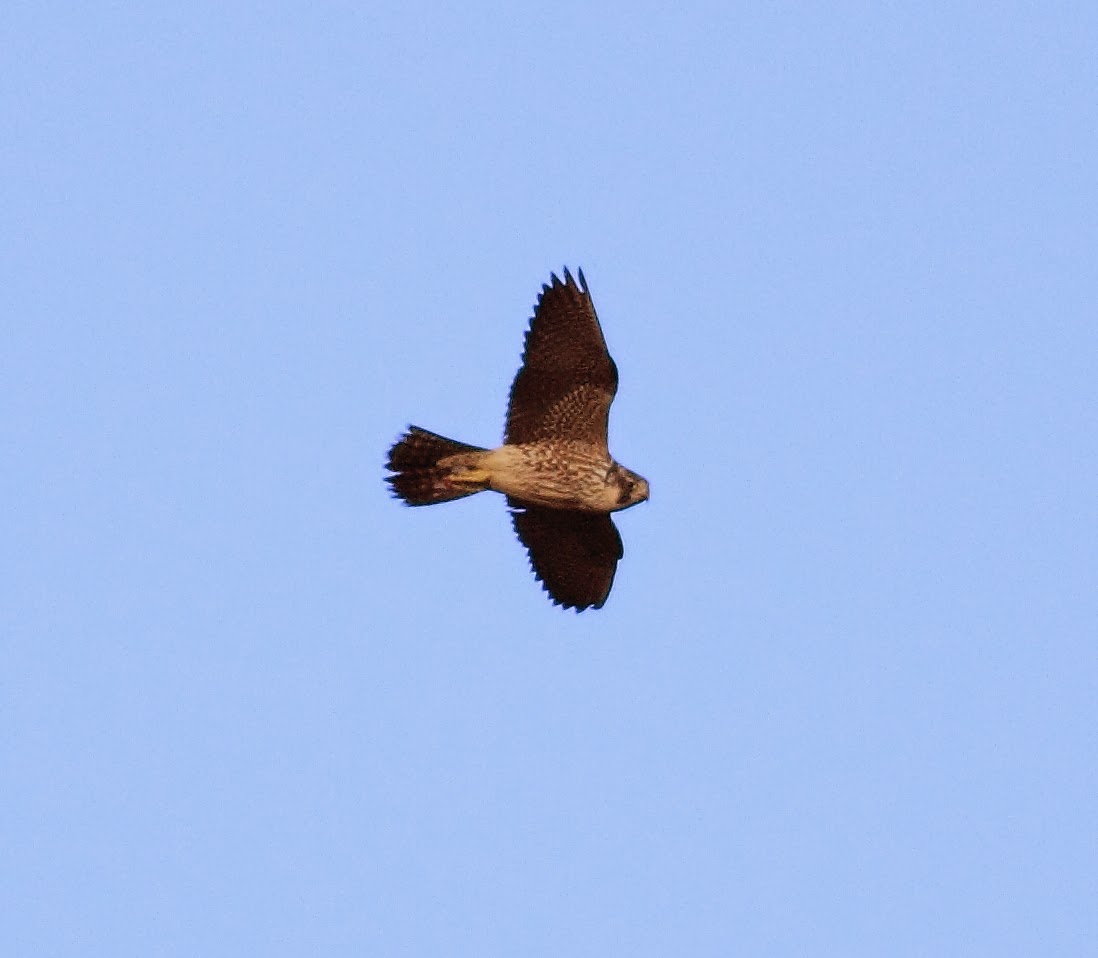