Had a couple of days off so have done some poking around the brick pits amongst other things, hoping to add a wind blown duck or something to the list which did not happen.
First added Bearded Tit to the SFYL 2012 on when surprisingly saw a male in flight and heard another while looking for warblers in April, then found again with more birds in October.  Now guaranteeing that I have used up all my Bearded Tit-finding-luck in one SFYL year, found another yesterday in one of the private pits (clue 1953). 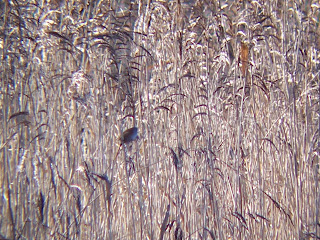 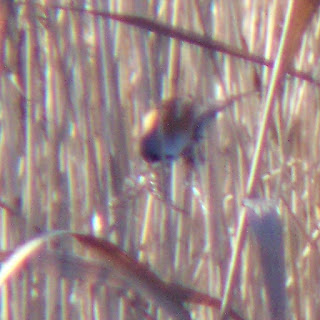