A quick visit to GLE / GLW this afternoon paid off for this SFYL caper, as a solitary Shelduck added another tick. I don't think I've ever found Shelduck to be exciting, until I started playing this game that is!

I was also stumped by a mucky looking duck with some Tufties on GLE, which I dismissed pretty much straight away as a juv Tufty but the white blaze across the base of the bill (that I'd seen on an obvious female Tufty on GLW the other day) bothered me, so I'd appreciate an opinion from one of the experts - thank you.

Nothing else new but the lone Pinkfoot was knocking about between the field and water at GLE and a Green Sandpiper is always good to see. I've included a record shot of the Green Sand to make sure it passes muster for the standard expected on this blog, given my telling off for the Peregrine shot by Matt :-) 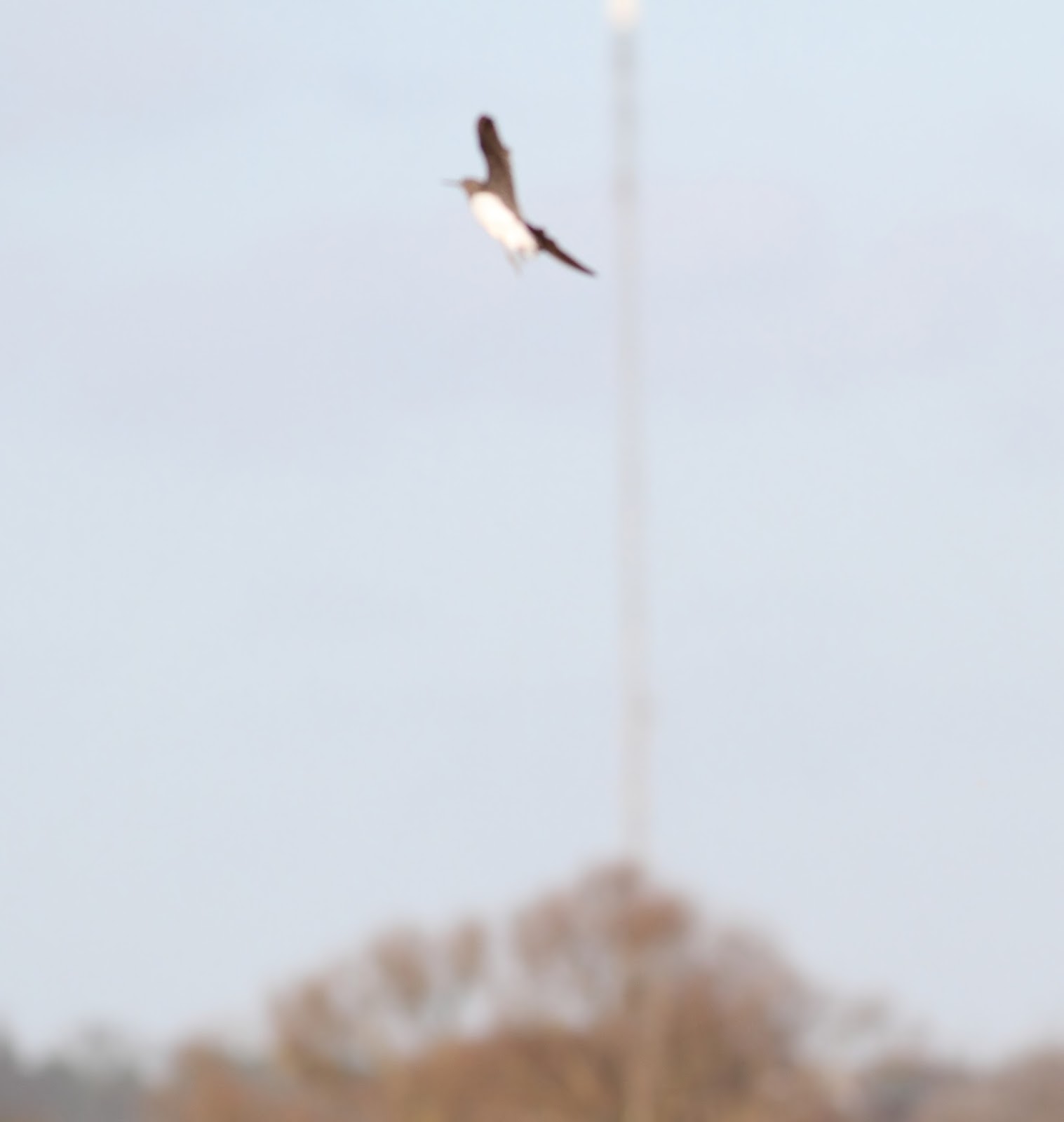